A123 Rises as Army Testing Its Batteries in Prototype


A123 Systems Inc. (AONE), a U.S. maker of lithium-ion batteries for electric cars, rose the most in more than three months after the U.S. Army introduced a prototype vehicle that uses its products.
A123, based in Waltham, Massachusetts, rose 17 percent to $1.12 at the close in New York, the biggest gain since Jan. 3. 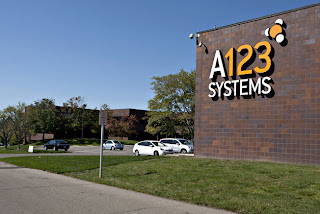 The company provided a battery for a hybrid light tactical vehicle developed by the Army’s Tank Automotive Research, Development and Engineering Center, the Army said yesterday in a statement.
A123 is working with several defense contractors and expects sales for military vehicles to increase as the Army makes a “big effort to decrease its energy consumption and roll out more efficiency technologies,” Dan Borgasano, a company spokesman, said today in an interview.
The FED Bravo, or Fuel Efficient ground vehicle Demonstrator, was displayed this week at the Society of Automotive Engineers World Congress in Detroit. Truck Trend reported yesterday that it uses a battery from A123.
Fisker Automotive Inc. and Bayerische Motoren Werke AG use A123 batteries in electric cars. A123’s shares had fallen 36 percent through yesterday since it recalled on March 26 batteries that made a Fisker car shut down in a Consumer Reports test.