Toyota Motor Corp resumed domestic auto production on Monday for the first time since earthquake and tsunami, starting up assembly lines at two plants that make three hybrid models, the Nikkei business daily said.
"The word 'ordeal' does not even convey (the gravity of the situation)," said President Akio Toyoda, who was taken aback by the horrid reports from various divisions soon after the disaster struck northeastern Japan, the daily reported. 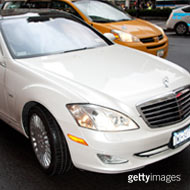 Toyoda said he had faced the global financial crisis, massive vehicle recalls and various other difficult situations as president of the auto giant, but that the record quake and resulting tsunami "totally dwarfed them all," Nikkei reported.
Toyoda decided to completely suspend domestic production from March 14, the daily said.
At the same time, the company asked all 500 or so personnel in its procurement division to find out the status of group firms and suppliers, it said.
Each business partner that had sustained damage was represented by a red pin on a large map of northeastern Japan and soon, the red pins covered almost the entire region, Nikkei said.
Reflecting the severity of the damage, Toyota had to continue its production halt to March 16 and extend it to March 22, it said.
But the company was finally able to resume production at its plants in Tsutsumi in Aichi Prefecture and Miyawaka in Fukuoka Prefecture on Monday, as the number of red pins on the map receded to about one-third by last Thursday afternoon, the daily said.
The leading Japanese automaker plans to gradually expand domestic production to cover more models starting in mid-April or later, in accordance with the recovery of materials and parts supplies, it said.